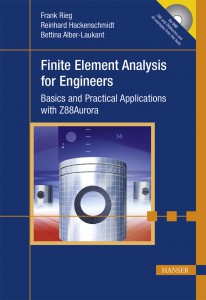 The book offers conceptional explanations of FEM in theory and practice. Alongside the full version of the open source FEM program Z88V14OS, the reader also receives the new freeware program Z88Aurora for Windows, UNIX and MAC with the enclosed DVD. The source code of Z88V14OS allows ambitions users to individually adjust the FEM program. Z88Aurora does not only stand out due to its graphic user interface but also due to further calculation methods, such as heat conductivity, geometric nonlinear stress analysis and natural frequency. With the help of 32 examples, which are also provided on the DVD, the reader can get to know and comprehend the FEM “live”.

Further information at  Carl Hanser.
Buy the book on Amazon. 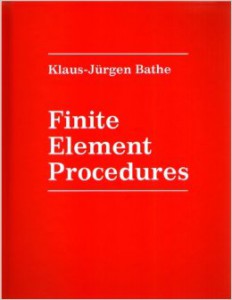 For courses in finite element methods, finite element analysis taught in departments of Civil, Mechanical, Aerospace, Agriculture, and Mechanics departments. Course for which this book is appropriate is usually taught to seniors or graduate students. Comprehensive — this text explores the full range of finite element methods used in engineering practice for actual applications in computer-aided design. It provides not only an introduction to finite element methods and the commonality in the various techniques, but explores state-of-the-art methods as well — with a focus on what are deemed to become “classical techniques” — procedures that will be standard and authoritative for finite element analysis for years to come.
Features: presents in sufficient depth and breadth elementary concepts and advanced techniques in statics, dynamics, solids, fluids, linear and nonlinear analysis; emphasizes both the physical and mathematical characteristics of procedures; presents some important mathematical conditions on finite element procedures; contains an abundance of worked-out examples and various complete program listings; includes many exercises/projects that often require the use of a computer program. 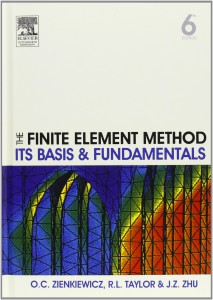 The sixth editions of these seminal books deliver the most up to date and comprehensive reference yet on the finite element method for all engineers and mathematicians. Renowned for their scope, range and authority, the new editions have been significantly developed in terms of both contents and scope. Each book is now complete in its own right and provides self-contained reference; used together they provide a formidable resource covering the theory and the application of the universally used FEM. Written by the leading professors in their fields, the three books cover the basis of the method, its application to solid mechanics and to fluid dynamics.